No, not Sgt. Pepper. And technically it is 20 years ago tomorrow, not today. But bear with me.

Every day on page 2, the Globe and Mail runs a feature called A Moment in Time. The editors select a photo of some event that happened on this date in history and briefly summarize the event and add whatever context is relevant with the benefit of hindsight.

Today’s photo is the historic image of then-PLO chairman Yasser Arafat shaking hands with Israeli prime minister Yitzak Rabin, while a smiling president Bill Clinton looked on. Sept 13, 1993. My recollection of that photo is deep and forever and has nothing whatsoever to so with geopolitical forces.

That event did indeed happen on Sept 13. Which means back in the pre-internet era, no one actually saw it until it was on the front pages of the world’s newspapers the next day – Sept 14, 1993. And that day, and that front page, I will never forget because that is the day Patrick was born. 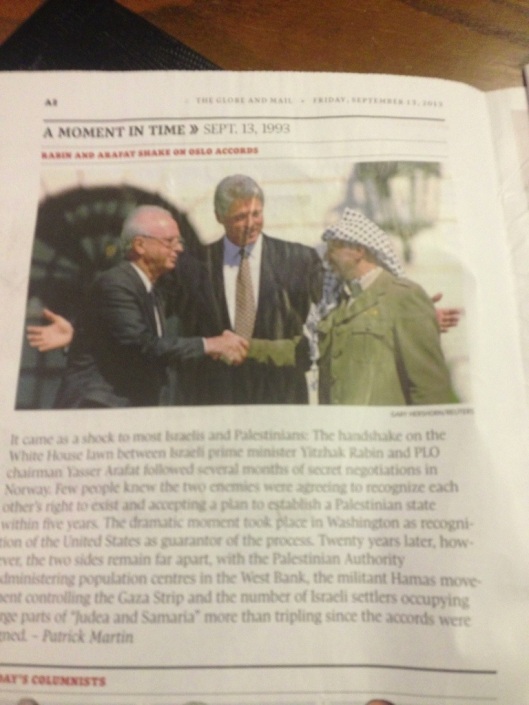 As I have retold here before, Laura and I were living in Edmonton awaiting Pad’s arrival. The night before he was born we sat up in bed watching the first show that Conan O’Brien did as the new host of NBC’s Late Night, replacing David Letterman who had bolted for CBS.

Laura complained of not feeling well but having never been down this road before it took some time for us to actually figure out she was in labour. Eventually, that did occur to us and we headed off to University of Alberta Hospital and a very long night, and morning.

I don’t know where the 20 years have gone. Does anyone ever know? We are blessed to have added another great son and brother to Patrick and they are great kids and great young adults. 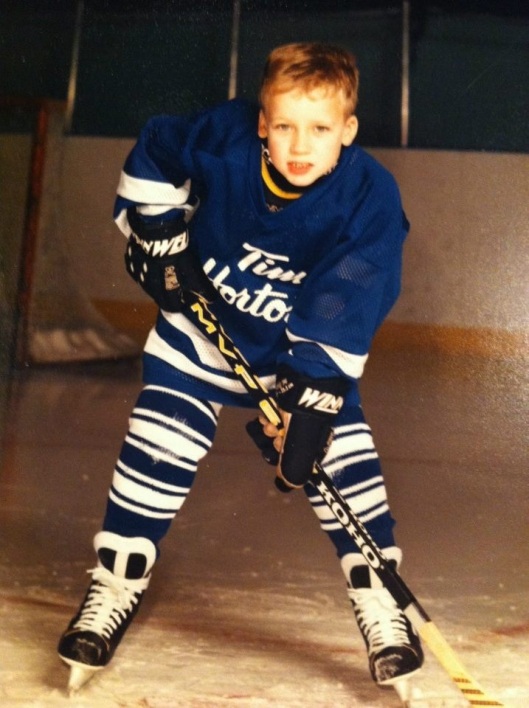 Big Paddy, circa 1997 in the Canterbury Minor Hockey Association

Interestingly, Sept 13 is another anniversary, too. On this date in 1997 Laura became a hockey mom.

Just one day before his 4th birthday Patrick took to the ice for the first time as a minor hockey player. The youngest kid in the Canterbury Minor Hockey Association initiation program. Ottawa wouldn’t take him. I coached his team with the son of then-67s coach Brian (Killer) Kilrea and we had ridiculous amounts of fun.

I actually missed his debut (I was in Toronto for a meeting) so Laura – with 11-month-old Chris in a stroller and our wonderful friend Alison helping with sticks and hockey gear – managed without me and did what would be the first of hundreds and hundreds of hockey mom duty days. Over the intervening years she has always been there for Pad and Chris. And me.

We never dreamed (OK, maybe I dreamed a little) 20 years ago that Patrick would have been able to play a sport he loves so much at such a high level. We still have the video tape Laura shot on Sept 13, 1997 and I think if you look closely you can see that as soon as he hit the ice, he turned and skated west. 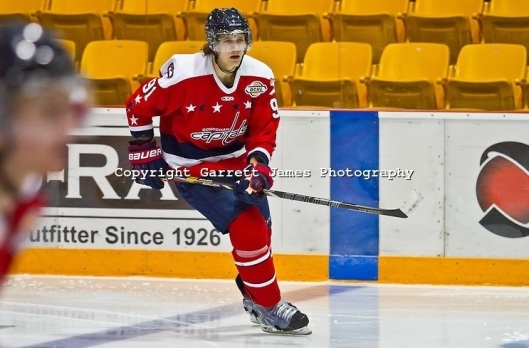 You can disagree and I will call you a liar.

And if you’re reading this then you probably already know that this will be the first birthday for Pad that we will mark without him sitting awkwardly in the kitchen listening to us sing and forcing him to blow out candles. He is playing junior A hockey in British Columbia and having the time of his life.

Tonight Chris and some friends are going to a concert at the Danforth Music Hall. Laura and I will drive into the city and pick them up, having a late dinner out somewhere along the way. There will be discussion of Sept 14, 1993.

On the other side of Canada, on the 20th anniversary of his birth, a sellout crowd of about 2,000 is expected in tiny Duncan, BC, when the Capitals play their home opener in front of people who take their hockey very, very seriously. There are no appropriate words in the English language to convey how badly we want to be there, but we’ll settle for watching the broadcast via the Internet. The local radio play-by-play guy almost always calls him “big Patrick Arnold.” 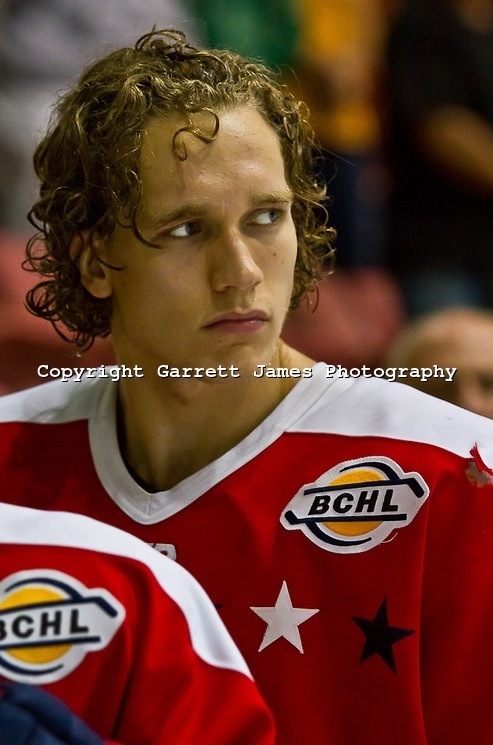 Last weekend the team split it first two games of the season on the road. They lost 6-2 on Sunday afternoon to Trail, just hours after they capped a third-period comeback for a 4-3 win over Prince George. Pad got an assist on the winning powerplay goal with 44 seconds left in the game.

It almost literally makes me crazy not to be closer. The distance and the time zones make it almost impossible to chat about the games afterwards and still get appropriate sleep. It’s probably just as well for him – it’s not like he’s five, right?

Lest I get too misty about hockey I am missing, there will be hockey in my grill Sunday afternoon.

Our newly-minted atom red house league team will hit the ice for some shinny and fun. Coach Dave can look after that part. I’ll be running the Dallas Eakins-style fitness tests and seeing who I can make puke.

It’s all about having fun. For me, I mean.

Have a great weekend. Enjoy the rink. Hug the kids.